«ON THE EDGE» IS IN A PRINCIPAL PHOTOGRAPHY STAGE

The shooting of a new feature film “On the Edge” was started in Moscow. This is the first film about fencing in the history of Russian cinema.

The film reveals a rare theme for world cinema - female saber fencing. The two main characters are the best saber-fencers of Russia. One of them has been on top of the glory for the long time, while the second one has just broke into the national team through winning almost all the tournaments. The battle between the two great fencers rages on the sports grounds, and continues in real life.

The principal photography will last until mid-May. 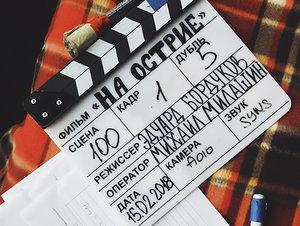