«Tachal» will be presented at the 2016 Berlinale Co-Production Market

The work on the script of director Ella Manzheeva’s new feature film is coming to a close. The project is being produced by Elena Glickman (Telesto Production Company) and Victoria Lupik (Anniko Film).

“We have started working on Ella Manzheeva’s new film – ‘Tachal’. The script has been written by the director herself, just like her previous film ‘The Gulls’. While the geography of the upcoming filming is extremely wide, stretching from Kalmykia to Moscow and even to Paris, the basis of the film is formed by unique material shot in Kalmykia earlier this year. Castings for the main roles are already underway; I am also pleased to announce that part of our tried and tested creative team from ‘The Gulls’ is onboard our new project, namely producer Victoria Lupik and operator Aleksander Kuznetsov.

‘Tachal’ is a Kalmyk concept, which stands for the painful yearning we experience for deceased loved ones.

In January 2016, we organized an expedition to the Kalmyk Republic in order to undertake cultural research into this concept within Buddhist culture. The research consisted of interviews with people who have experienced Tachal in their own lives and with those who can help break the Tachal; we also met with scientists who study the cultural and historic connotations of this term, as well as a Lama who evaluated Tachal from a Buddhist perspective.

‘Tachal’ is about a juxtaposition of feelings and reality. It’s about the essence which you feel in the air, but cannot see or touch. We think of something, but it may just be the product of our imagination. At the same time, we attribute so much to this intangible feeling and often believe in it more than we do true fact.’

Victoria Lupik, producer.
‘Tachal’ presents a great interest to me as it’s a highly dramatic and sensitive material. It is a deep immersion into another culture, and a way of looking at it from a new perspective; it’s also an introspective account of human experiences, ones that we all know, but often do not want to analyse for fear of being hurt. But only through surpassing this pain can we regain our strength, forgive and be forgiven ourselves and, ultimately, find freedom.

When working with such delicate material, it is of paramount important to find the right promotional approach. We are very fortunate to have been chosen for the Berlinale Residency, as it provided us with the opportunity to develop the project alongside international experts and present it at the Berlinale Co-Production Market. International markets such as this one are the best platform to attract partners and the interest the general audience, who will then be awaiting the release of the film.

In February, the project ‘Tachal’ will be Russia’s sole representative at the 2016 Berlinale Co-Production Market, Europe’s largest co-production market.

As a result of an international competition, in the autumn of 2015 ‘Tachal’ was chosen to participate in the Berlinale Residency, a prestigious program curated by the Berlin Film Festival.

Ella Manzheeva became the first Russian director to have taken part in the Residency. This became possible after her debut film’s ‘The Gulls’ participation in the 2015 Berlin Film Festival.

The Government of the Republic of Kalmykia has included ‘Tachal’ in its Republican Plan of activities for the Year of Russian cinema, and will support the project throughout the filming period. 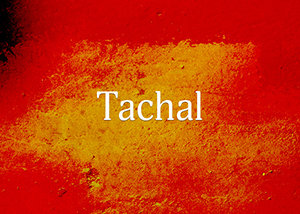