«THE PITCH» AT CHICAGO FILM FESTIVAL

The Pitch directed by Eduard Bordukov claimed an Award at the 33rd Chicago International Children’s Film Festival, which was held from October 28 to November 6 in the United States.

The North American premiere of the film took place at the festival. The film received the Adult Jury Prize in the "Best feature film for young people" nomination.

CICFF is the largest film festival for children in North America and the first such festival recognized by the American Academy of Motion Picture Arts and Sciences.

The mission of the Festival is to establish a common international quality standard for children's films, videos and television programs. At the same time, the Festival actively supports talented filmmakers: it awards them with prizes, organizes screenings of their films and holds professional forums, thanks to which films for children can be distributed and recognized by a wider audience. Young viewers get the opportunity to see new films and develop critical thinking.

Films that will receive the first prizes of the Festival from the Adult Jury in the Fiction Short Film category will automatically fall into the list of applicants for the Oscars. 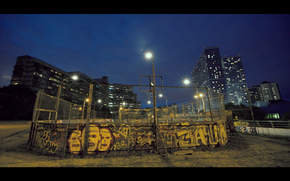